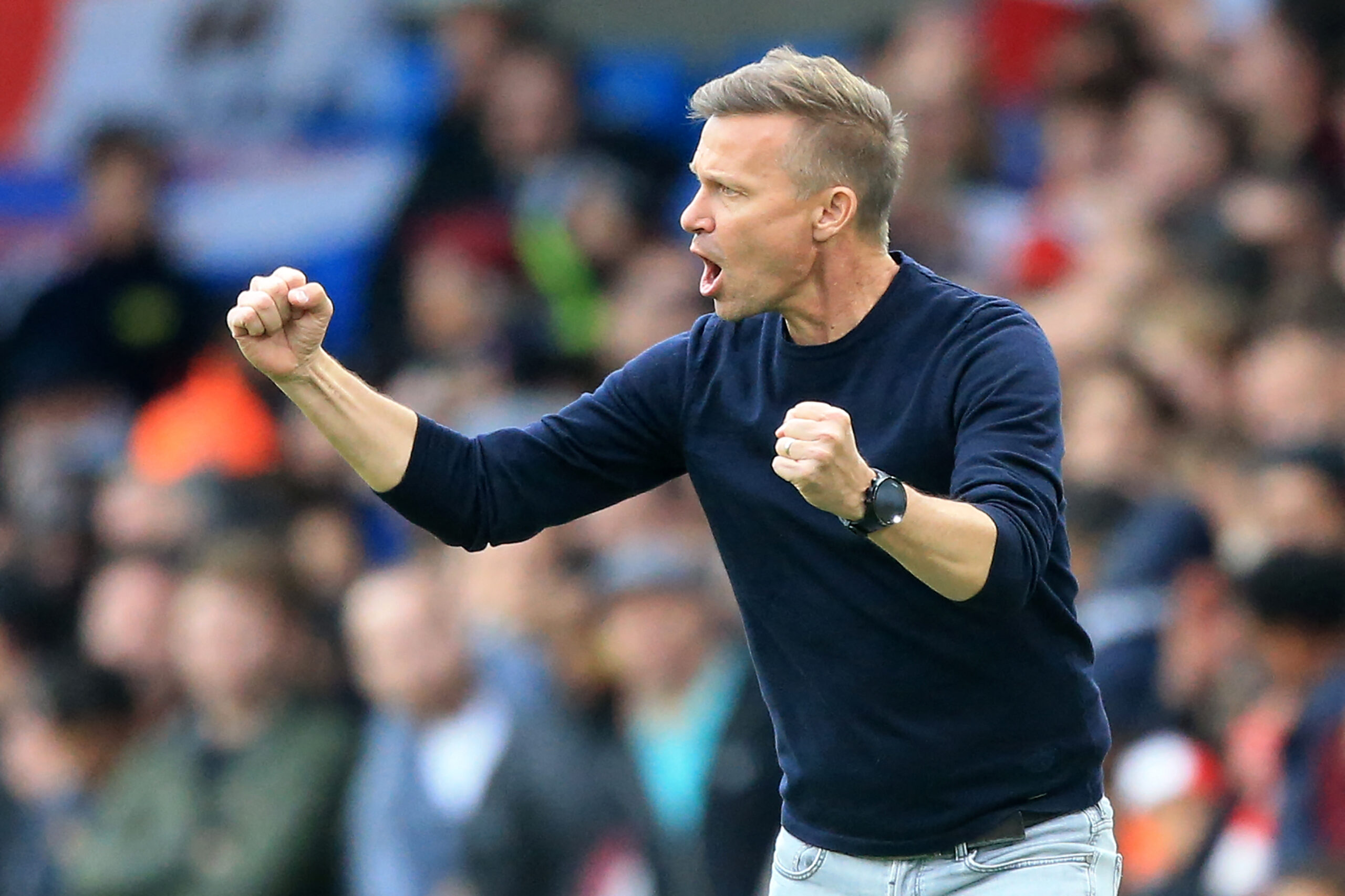 Midweek Premier League action caps off at the King Power Stadium, where rock-bottom Leicester City and their fellow bottom-half strugglers Leeds United face each other in a high-stakes duel.

It seems Brendan Rodgers has started cracking under pressure in the midst of Leicester’s humiliating league start, as witnessed by his latest actions.

The Northern Irish manager stormed out of the press conference in the wake of his side’s underwhelming scoreless draw with Crystal Palace at the weekend, as claimed by the Daily Record.

Seen as a calm individual, Rodgers seems to have trouble coping with the fact the Foxes are jointly footing up the table ahead of midweek action, with his job hanging by a thread.

Leicester’s sub-par performance against Palace indicated their 4-0 demolition of newly-promoted Nottingham Forest a fortnight ago was only a one-off.

Another failed attempt to get a positive result could be the final nail in Rodgers’ coffin, so he may feel some relief knowing out-of-sorts Leeds are the next side to question his ability to orchestrate Leicester’s revival.

Like his counterpart, Jesse Marsch has every reason to fear for his place in the Whites dugout following his team’s fruitless run of six winless Premier League matches (D2, L4).

Something has to be done if Leeds are to avoid another season-long battle against relegation, as was the case last season, with Marsch giving away the impression he may not be the man for the job.

With the pressure mounting on both managers, Thursday’s clash at the King Power Stadium has all the makings of a ‘make or break’ affair.

Safety does not seem far off from the neutrals’ point of view, but a four-point deficit on 17th-placed Wolverhampton Wanderers, makes the King Power hierarchy wonder if Rodgers is the right person to guide Leicester.

However, there’s been some improvement in the Foxes camp lately. They’ve recorded a couple of shutouts across their last three Premier League outings, as many as in their previous 20.

If Leicester can keep their defensive ranks watertight, they could stand a chance of capturing all three points here, considering they’ve failed to score only once across their last 16 Premier League games against Leeds.

Leeds’ woeful away form could tilt the scales in Leicester’s favour, with Marsch’s side losing their last three Premier League matches outside Elland Road.

Another defeat in the East Midlands would mark their worst losing streak in the top flight since 2004, but with the Whites going winless in their last six midweek Premier League fixtures (D2, L4), that’s somewhat expected.

Marsch has yet to find a solution for Leeds’ porous backline that conceded 23 times across those six games, as they’ve managed just two clean sheets in nine league encounters this season.

You can follow Leicester vs Leeds, alongside all other LUFC fixtures on TV, throughout this tumultuous season.

Given the importance of this fixture for both managers, we expect each side to take a cautious approach, which could lead to an evenly-contested, low-scoring contest.