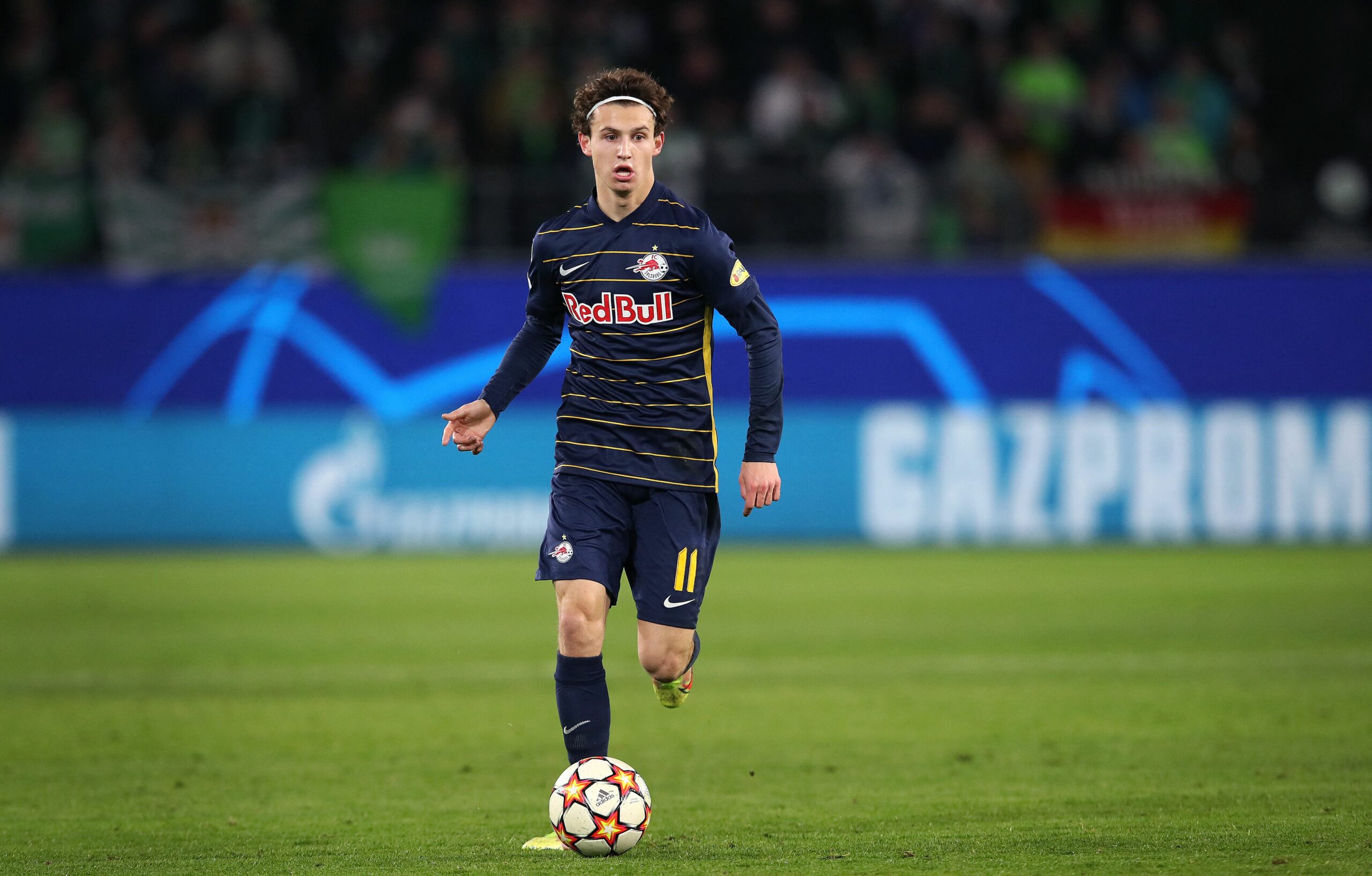 Leeds United’s hot pursuit of Red Bull Salzburg playmaker Brenden Aaronson may have to wait until the summer in the latest turn of events.

According to the Daily Express, the perennial Austrian Bundesliga champions are reluctant to sell their headline performers this winter after progressing to the Champions League knock-outs.

Salzburg were no strangers to allowing their best players to depart the Red Bull Arena midway through a season for hefty compensations fees in recent years.

Only last year, Dominik Szoboszlai left Austria to link up with RB Leipzig in a deal worth approximately £18m.

Back in January 2019, Erling Haaland swapped Salzburg for Borussia Dortmund while Takumi Minamino joined Liverpool for reported fees of £18m and £7.25m, respectively.

However, the situation is quite different this time around. Salzburg have made it past the Champions League group stage, becoming the first-ever Austrian side to reach the competition’s knock-out phase.

They are now fully focused on their upcoming last-16 tie against Bundesliga powerhouse Bayern Munich and see any potential departure as a setback in their efforts to stage an upset.

The Red Bull Arena remains the factory of talents, but high-profile suitors from Europe’s top-five leagues may be forced to wait until the summer to rob Salzburg of their standout performers.

Leeds could be one of those teams as they are determined to land Aaronson, who has grown into one of the most exciting young talents in world football.

After their initial £15m bid for the USMNT star fell flat, the Whites are now readying a second attempt for the versatile forward despite Salzburg’s firm stance on their prized assets.

A series of injuries at Elland Road, coupled with COVID-19 related absences, have hampered Leeds’ recent bid to climb up the ladder in the Premier League.

So Marcelo Bielsa is desperate to add extra quality to his squad heading into the second half of the season, with the Yorkshire outfit facing a potentially season-long fight against the drop.

But their upcoming home encounter against relegation-battling Newcastle United could prove vital to their hopes of establishing a possibly unbridgeable gap between themselves and the danger zone.