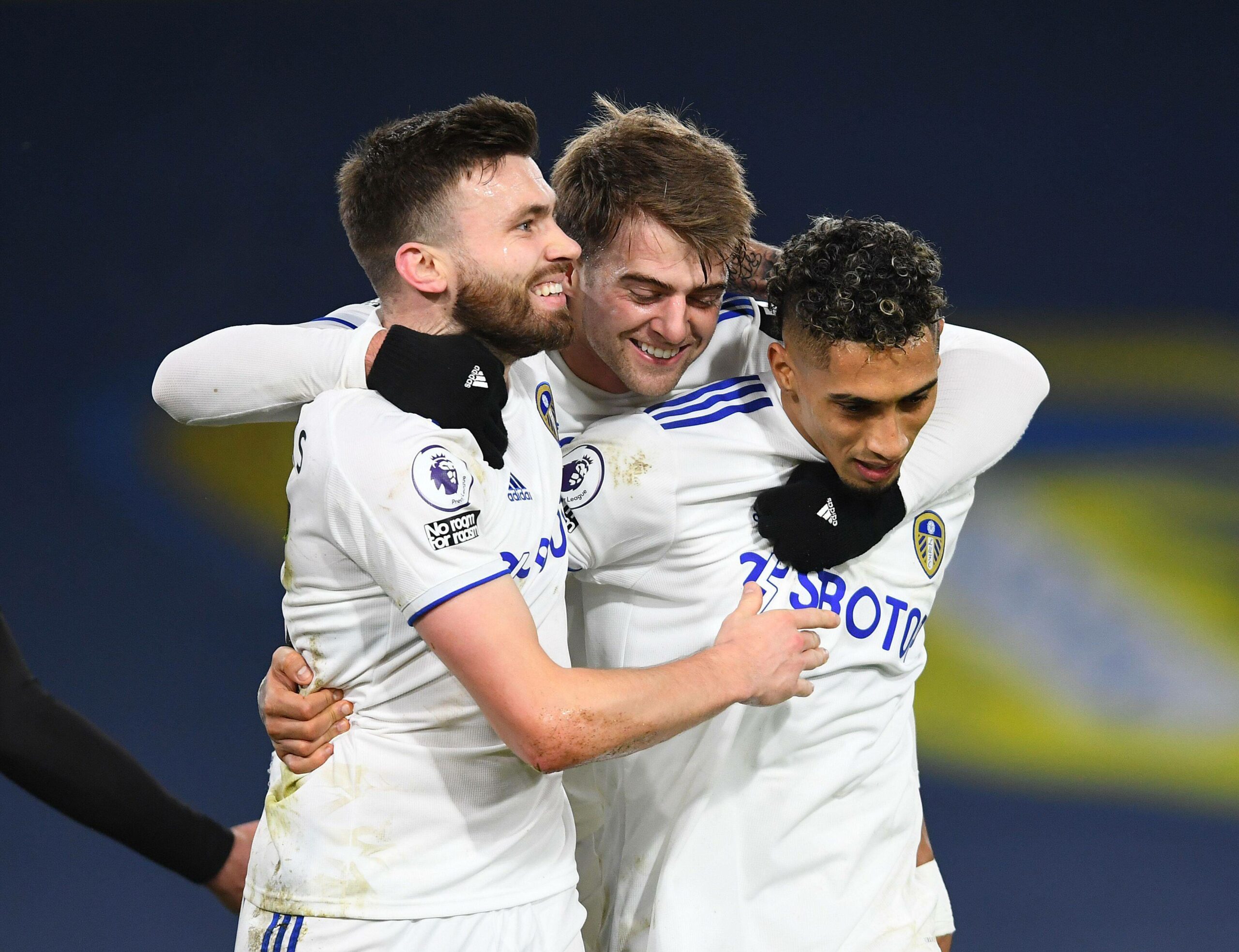 Leeds United’s impressive Premier League season is coming to an end as they welcome relegated West Bromwich Albion to Elland Road in the ultimate round of the 2020/21 campaign.

Both sides have returned to the Premier League this season, but only one has managed to extend their top-flight status for another year.

Guided by Marcelo Bielsa’s iron fist, the Whites have exceeded expectations this term and are on the brink of securing a half-table finish.

Leeds have enjoyed an upturn in form coming into the season finale, having gone from three straight Premier League games without a victory (D2, L1) to three wins in a row.

Interestingly, each triumph during the abovementioned three-game run saw the Yorkshire outfit keep a clean sheet in the second half and prevail by a winning margin of 2+ goals.

A 3-1 victory over Tottenham in their most recent home Premier League outing gave Leeds a fourth victory in their last eight top-flight fixtures at Elland Road, a sequence that saw them lose only once (W4, D3, L1).

The Whites have suffered just one defeat in their last 11 league meetings with West Brom on home turf (W7, D3), racking up back-to-back wins ‘to nil’ since a 3-2 loss in the 2006/07 Championship campaign.

Bielsa’s men have notched up 59 Premier League goals this season en route to setting a record for promoted clubs in the competition.

Since beating Southampton 3-0 at home on Matchday 31, West Brom have gone winless in their subsequent six Premier League games (D2, L4), losing the last three in a row by an aggregate score of 8-3.

Interestingly, Sam Allardyce’s men have scored the first-half opener in both of their previous league outings but lost each of them after being pegged back before half-time.

But ‘Big Sam’ has never lost a match at Elland Road in his managerial career, winning two of his four visits to this venue while drawing the other two.

Away from home, the Baggies have picked up just one victory in their last nine Premier League matches (D2, L6), courtesy of a 5-2 thrashing of Chelsea at Stamford Bridge on Matchday 30.

Alarmingly, WBA have failed to win their final game of the season in any of the last 12 campaigns across various divisions (D6, L6) since a 2-0 triumph against QPR the 2007/08 Championship season.