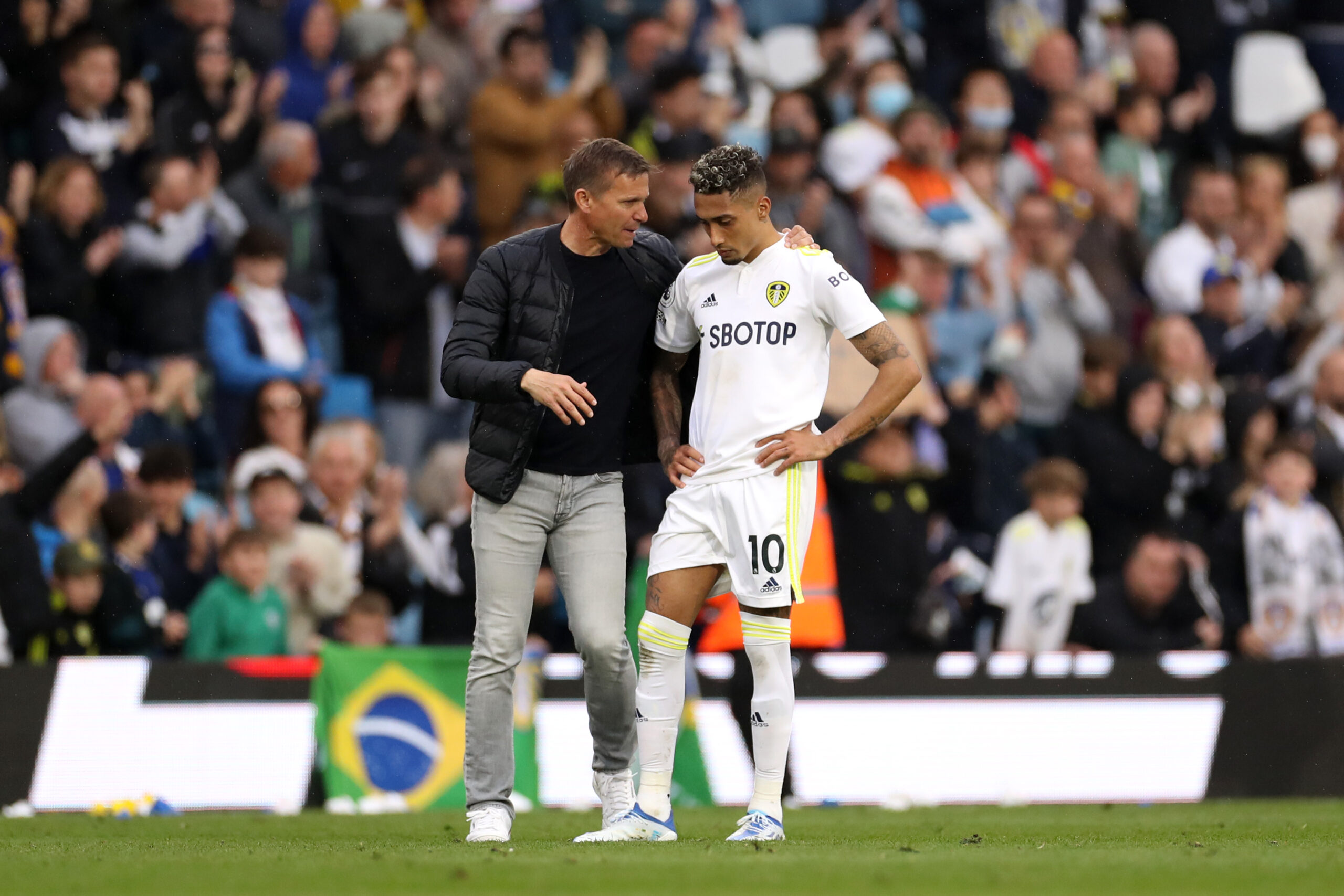 Elland Road is the venue as relegation-threatened Leeds United take on out-of-form Chelsea in a high-stakes Premier League fixture.

Relegation fears have become genuine for Leeds, as an underwhelming 2-1 defeat at Arsenal last weekend has seen the Whites slip into the drop zone, with time ticking out.

With three games left, Jesse Marsch’s men are level on points with 17th-placed Burnley, meaning there is no margin for error down the final stretch.

That is not particularly good news for the Yorkshire outfit ahead of Chelsea’s visit this midweek, given their abysmal recent H2H record against the Blues.

Indeed, Leeds are winless in their last seven meetings with the Stamford Bridge side (D2, L5), including a 3-2 loss in the reverse fixture in London.

Time is a sensitive mission for Marsch, who has confirmed that star striker Patrick Bamford will not be in contention for the midweek squad.

“Patrick Bamford is on the pitch doing individual work, hopefully in team training by the end of the week and he’s doing fairly well,” he told the club’s official website.

Leeds vs Chelsea, coupled with other midweek Premier League fixtures, are available to watch live online via soccer streaming sites.

Without injured captain Liam Cooper, Leeds will face a stern test to defy their disastrous defensive record at Elland Road that has seen them concede 34 home Premier League goals this season.

The last time the Whites conceded more league goals at home was in the 2011/12 Championship season, so Marsch could consider adopting a more conservative approach to arrest his side’s three-game winless league run.

A goalless draw in this exact fixture in 2020/21 may even inject some encouragement into the fans’ hearts, only if Leeds had not failed to keep a clean sheet in 19 of their subsequent 22 Premier League home outings.

Luckily for the Whites, Elland Road has never been a friendly environment for Chelsea, who have won just five of their 46 previous league visits to this venue.

In stark contrast to Leeds’ defensive woes this season, they have restricted Chelsea to a mere three goals across their last ten league encounters in Yorkshire.

Scoring first may prove insufficient to fire Thomas Tuchel’s side to their first victory in three Premier League away matches (D1, L1), as they’ve dropped a staggering 20 points from winning positions this season.

Severely weakened by injuries, the Whites will face an almost fully-fit Chelsea squad, with only Callum Hudson-Odoi and Ben Chilwell the only definite absentees in the travelling camp.

In other Chelsea news, Jorginho and N’Golo Kante could remain on the sidelines to reach full fitness ahead of the Blues’ upcoming FA Cup final against Liverpool.

Leeds can ill-afford another sub-par performance if they were to keep their hopes of pulling off top-flight survival alive.

With Chelsea not enjoying the richest vein of form and the Wembley showpiece waiting in the wings, we expect the Whites to beat the odds and pick up an all-important three points.