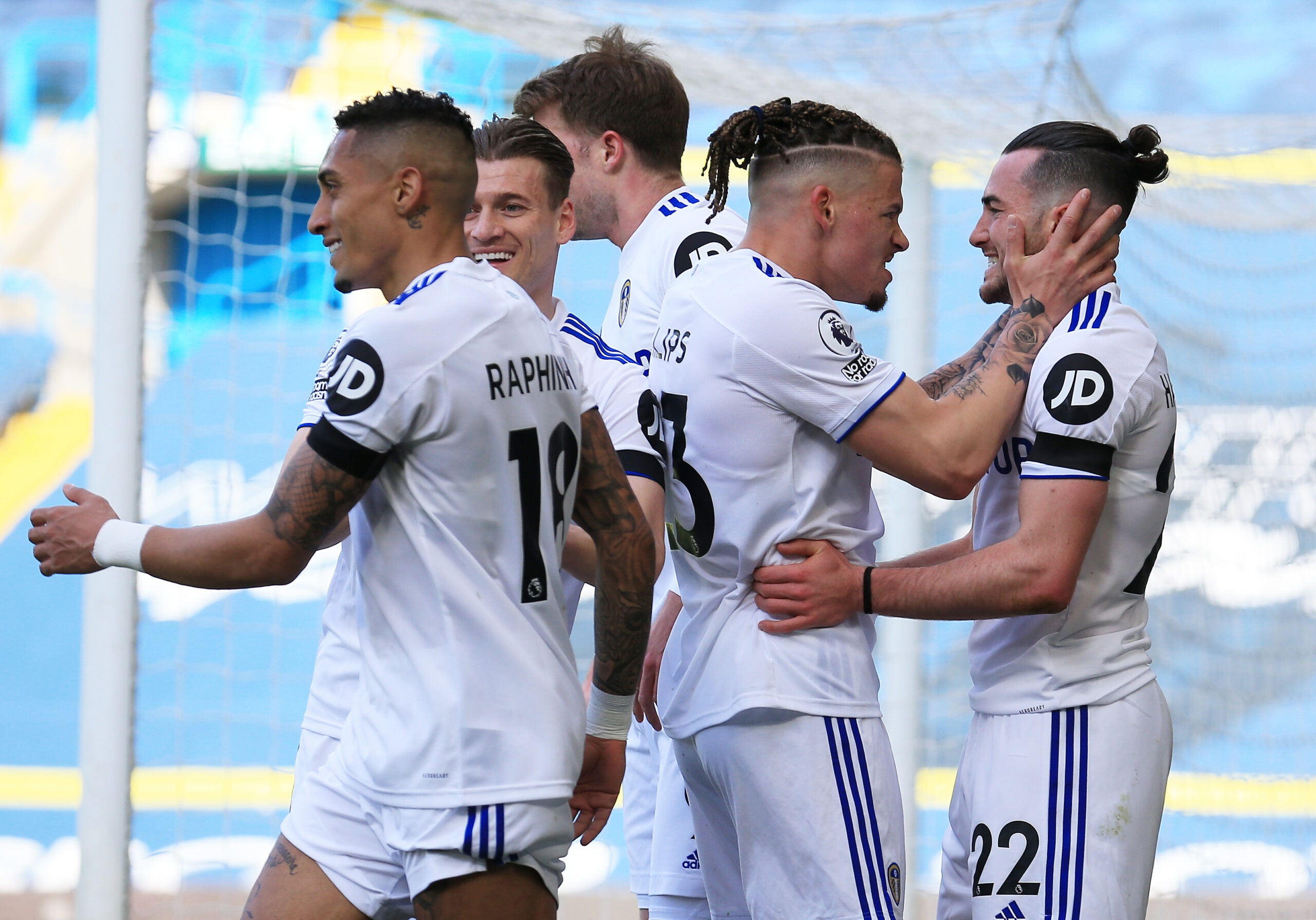 But despite ultimately achieving that goal, they are about to lose two of their most prized assets.

Elite suitors are not lacking for both players, with Liverpool lining up a bid for Phillips and Barcelona mounting pressure on landing Raphinha.

And while Leeds boss Jesse Marsch hopes to retain his first-team stalwarts, it appears highly unlikely for both players to continue in Yorkshire next season.

Let’s take a look at how things could play out for wantaway Leeds’ stars in the coming months.

Despite Leeds’ underwhelming Premier League campaign in the recently-concluded season, Raphinha was nothing short of outstanding.

But apart from his numbers, Raphinha’s unique ability to keep hold of possession under pressure and dribble past the defenders often made the difference for the Whites.

Though Leeds are reluctant to give up their headline performer, there is a feeling the former Rennes star is ready to make a high-profile leap in the summer.

Liverpool have reportedly identified Raphinha as a potential long-term replacement for Sadio Mane, who looks to be on the verge of joining Bayern Munich.

And while the Reds boast the financial capacity to pull off a deal with Leeds, the player’s heart looks set on a move abroad.

According to Spanish outlet Sport, via the Liverpool ECHO, Raphinha is ready to turn down the prospect of joining the Merseyside heavyweights in favour of sealing a move to Barcelona.

Despite the Catalans’ well-documented financial trouble, they are keen to bolster their squad following a trophyless season.

Barcelona cannot compete with Liverpool at the economic level at this point. Yet, Raphinha’s desire to grasp the Camp Nou pitch could make the difference.

#2 Liverpool ramping up pressure on Phillips

Liverpool could come up short in their quest to sign the Brazil international, but it does not mean they cannot rob Leeds off for another highly-rated star.

As claimed by Sport, via the Daily Express, the Reds are negotiating Phillips’ switch to Anfield following their failed attempt to lure Gavi out of Barcelona.

Jurgen Klopp is hell-bent on boosting his midfield options in the summer and has named Phillips an ideal reinforcement.

Gavi was Liverpool’s initial idea to settle their midfield for the future in what would have been one of the best Premier League transfers in years.

However, with the Spanish wonder boy on the cusp of penning a long-term contract at Camp Nou, the Reds will have to pursue other transfer opportunities.

Phillips would have been an achievable target if Leeds’ successful attempt to avoid relegation to the Championship fell flat last term.

Now that the Whites are set for another top-flight season, Liverpool will have to find a way to soften Leeds’ stance on their indispensable first-team star.