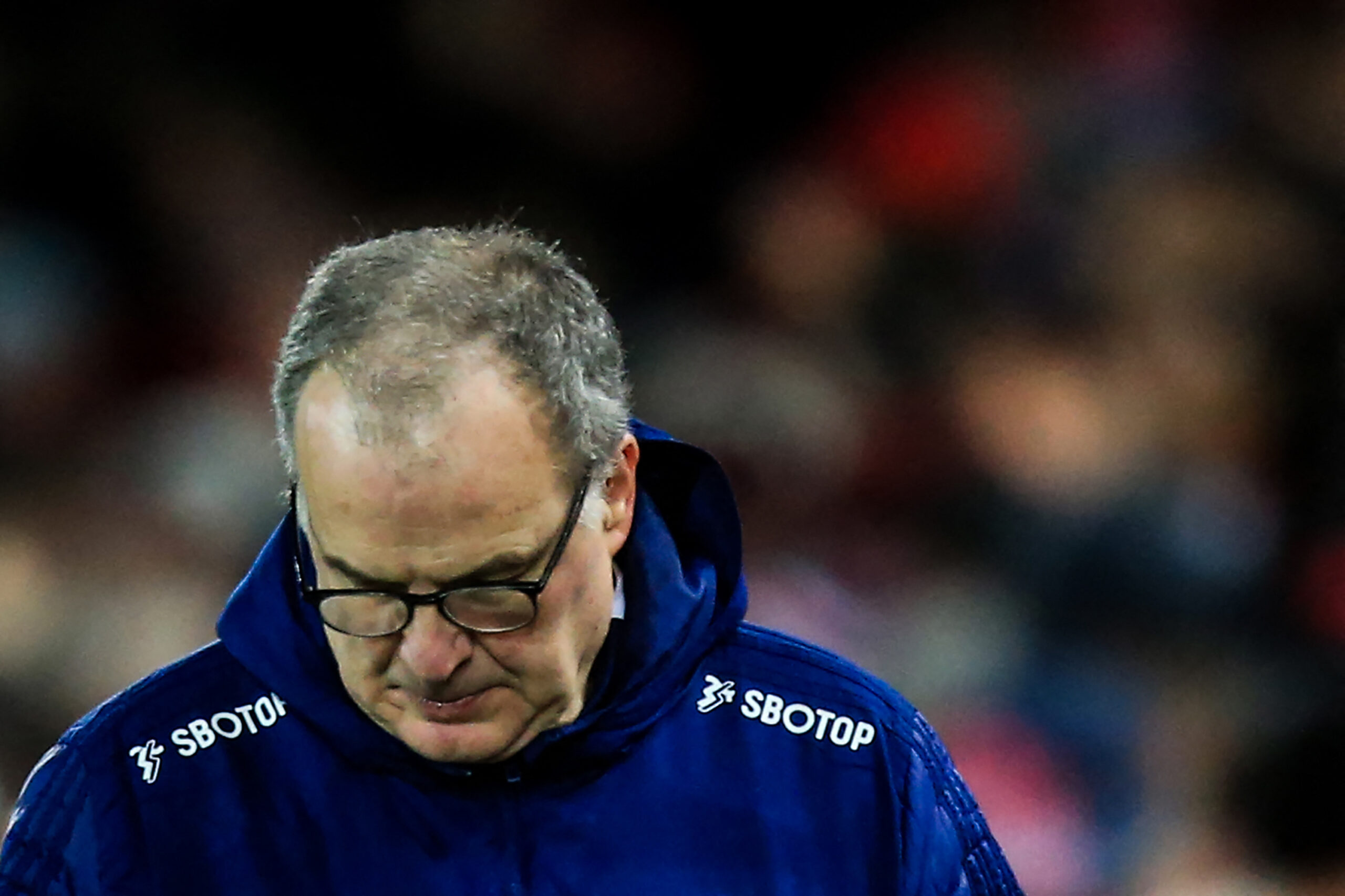 The Elland Road powerbrokers are ready to relieve the Argentine boss of his duties on the back of a 4-0 thumping at the hands of Tottenham Hotspur, per 90min.

Matt Doherty, Dejan Kulusevski, Harry Kane and Son Heung-min were on the scoresheet as Antonio Conte’s side dispatched the lowly Whites on Saturday early afternoon.

Leeds have now lost four Premier League matches in a row, conceding at least three goals on each occasion, with the club preparing for a season-long fight against the drop.

Now firmly embroiled in a terrifying relegation battle, the Whites sit a mere two points clear of 18th-placed Burnley, who also have two games in hand.

Much of the blame for the team’s disastrous recent performances has to be pinned on Bielsa, who has decided to stick to his attacking-minded football despite Leeds’ glaring problems at the back.

Four goals conceded against Tottenham took the Yorkshire outfit’s tally for the season to 60, with no other side from England’s top-flight shipping as nearly as much.

And while Bielsa recently told the Daily Mail that he has no intention of abandoning his football philosophy, it appears that the Leeds chiefs have run out of patience for the ex-Marseille boss.

According to reports, the club hierarchy have already established contacts with Jesse Marsch, who was dismissed by RB Leipzig earlier this season.

Marsch enjoyed a couple of stunning seasons at Red Bull Salzburg before replacing Julian Naglesmann at Leipzig before the start of the 2021/22 campaign.

However, a run of poor results in the first half of the current Bundesliga season saw Die Roten Bullen dump the American coach and appoint Domenico Tedesco in December.

Marsch’s potential appointment could pave the wave for Brenden Aaronson’s arrival from Salzburg, as the USMNT teenage sensation remains high on Leeds’ list of priorities for the summer.