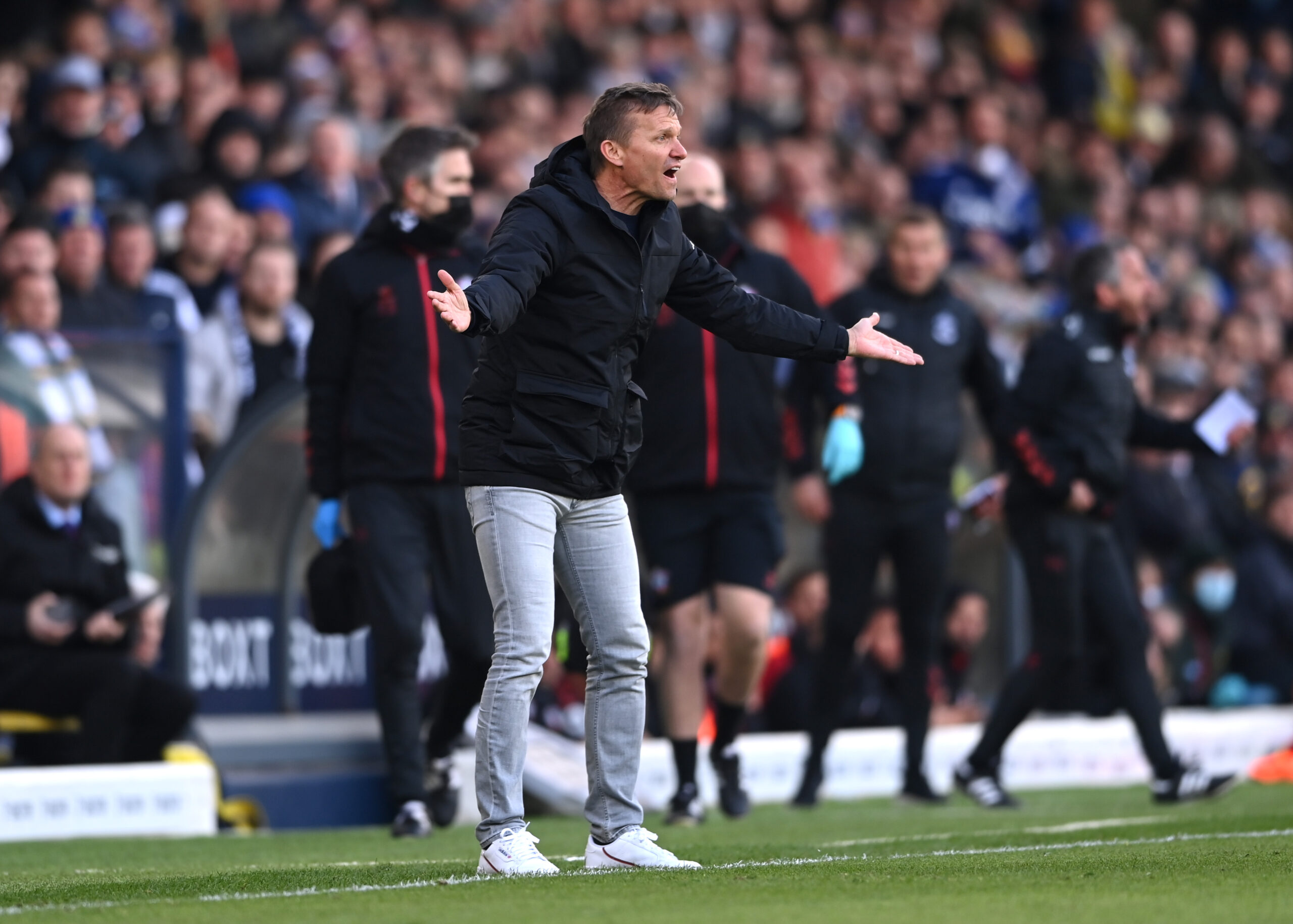 Leeds United will feel disappointed after turning a 1-0 half-time lead into a frustrating 1-1 draw against Southampton at Elland Road on Saturday.

Carried by a boisterous home crowd throughout the entire match, Jesse Marsch’s men may have failed to land all three points, but they have still extended their lead on the drop zone.

With 18th-placed Watford slumping to a 2-0 loss away to title-bidding Liverpool, Leeds are now eight points clear of relegation territory in the Premier League table as they gear up for the business end of the season in high spirits.

Three more Premier League fixtures await Marsch’s side in April, and there is a feeling they could grab at least four points that would massively bolster their survival bid.

After making his first Premier League appearance following a 119-day layoff against Southampton, Kalvin Phillips could make his first top-flight start since December away to Watford.

The deep-lying midfielder came on as a second-half substitute against the Saints, but his cameo showing proved enough to earn him plaudits from Marsch (via BBC Sport).

Leeds will need their standout performer at his best when they take on the Hornets in a relegation six-pointer at Vicarage Road next weekend.

Anything other than a victory would further derail Watford’s faint hopes of extending their top-flight status, so Roy Hodgson’s men attack the Whites at full bore.

The Yorkshire outfit hold a slender three-point lead in 17th, but with three games in hand, they are in firm control of their survival hopes.

Selhurst Park has proved a fortress for Leeds over the past 16 years, and there is no doubt in-form Crystal Palace will look to keep it that way when the two sides lock horns later this month.

Going back to August 2006, the Whites are winless in their last five league visits to Palace (D2, L3), including a crushing 4-1 defeat in this exact fixture last season.

Patrick Vieira has made the Eagles hard to break, as evidenced by their overwhelming 4-0 FA Cup win over Everton that followed up a goalless draw with defending Premier League champions Manchester City.

But given Leeds’ current position in the Premier League table, even a draw could do the trick for Marsch’s efforts to keep his side in England’s top flight beyond the summer.

Palace’s ‘nil-nil’ draw with Man City back in March showed Pep Guardiola’s elite squad could be stopped, although it required a fair amount of luck.

Unfortunately, Lady Luck turned her back on Leeds when they encountered the Cityzens earlier this season as they suffered a humiliating 7-0 defeat at the Etihad in mid-December.

However, the Whites held City to a 1-1 draw in this exact fixture last season, which could inspire Marsch’s side to hand Liverpool a title boost by keeping Guardiola’s men winless in their final league game in April.