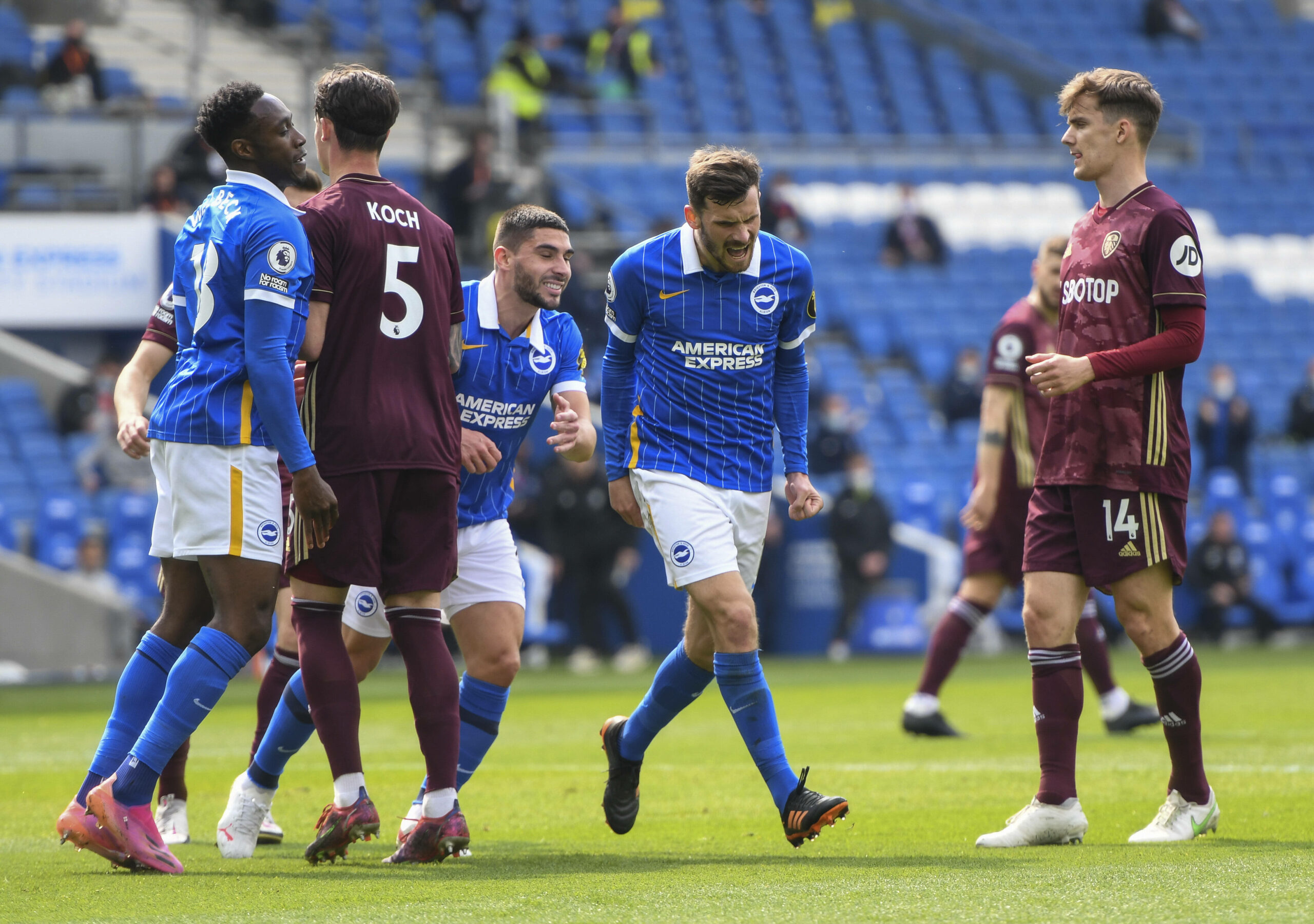 Leeds United found themselves on a wrong end of a 2-0 scoreline at the Amex Stadium on Saturday as Brighton & Hove Albion returned to winning ways in the Premier League.

Ahead of the kick-off, the Seagulls had failed to find the net in three consecutive league matches, losing their last fixture to already doomed Sheffield United.

However, the visitors came nowhere near Marcelo Bielsa’s high standards at Brighton.

In fact, the Whites were utterly outclassed by Graham Potter’s men, who faced just two shots on target throughout 90 minutes.

Following a 1-0 win in the reverse fixture back in January, the hosts claimed their first top-flight double over Leeds.

Leandro Trossard forced Illan Meslier’s first save in the seventh minute after dancing his way past several Leeds defenders as Brighton got off to a flier.

The hosts continued to mount pressure on Bielsa’s side, with their persistence paying off in the 13th minute when Ezgjan Alioski brought Danny Welbeck down to the ground inside the 18-yard box.

Pascal Gross took full advantage of the opportunity to beat Meslier from the spot, though the 21-year-old got his fingertips on the ball.

It was all Brighton in the first half. Trossard and Welbeck wasted two decent chances to put daylight between the sides inside the final five minutes before the break.

The Seagulls picked up from where they let off post restart, creating several clear-cut opportunities while keeping Leeds at bay.

Ben White squandered a massive chance from inside the six-yard box, skying his header well off the bar before Neal Maupay drove his low-effort a whisker wide of the right post.

However, Welbeck’s moment of brilliance 11 minutes before the final whistle ended Leeds’ hopes of fighting their way back into the match.

The Englishman unleashed a powerful effort following a sensational first touch to free of his markers.

There was never a way back for Leeds after the former United forward’s strike, with Bielsa’s players now drawing a blank in back-to-back Premier League games for the third time this calendar year.